At VMworld last week, we had a demo of the Virtual, Virtual Datacentre during the General Session on day 1.

The demo was presented by Alan Renouf and Pat Gelsinger.

The introduction was pitched as a possible future of cloud management and may mean that IT people will never have to interact with a real person ever again.

Bear in mind that this was created as a concept in a Hackathon (lots of people working together to produce a software project), and was completed in a day and a half.

With the VR headset in place Pat entered the Virtual Datacentre and was presented with a virtual representation of a VMware datacentre.

He could approach the four hosts and see the hardware running the VMs, also he could pick up the VMs and was presented with information relating to the operating system, CPU, Memory, disk, and network information of the VM, also the resources were colour related, Green equals good, red equals bad.

The best part of the demo for me was the VMware Cloud on AWS (VMC on AWS), I this part of the demo, Pat picked up a VM and threw it at the cloud, and the VM migrated with no operating or VM downtime.

Pat then entered the cloud and was asked to look at the cluster, the cluster had some red, and this was due to lack of resources on the cluster.

Brian the virtual support chap popped up and gave some suggestions.

Pat enable a new host using AWS elastic DRS, this has the functionality to spin up a new ESXi host and migrate VMs to it, in order to alleviate the overloaded cluster.

To watch the demo, scroll through to 48 minutes of the VMware General session, youtube video.
Enjoy. 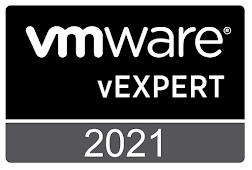