The presentation started with a Q&A session with Pat, Sanjay and Ray.

The first question was related to VMware and the Cloud. The answer came back with VMware’s vision of cross cloud mobility, we saw over the day a seamless vMotion from a Private Cloud running VMware Cloud Foundation to AWS and back again, zero downtime to the VM.

There was also mentions of the VMware VDI Horizon on Azure.
VMware on IBM , VMware on OVF and VMware containers with Google Cloud.

VMware’s goal is to allow seamless hybrid cloud on any or multiple cloud providers.
The next question was on Licensing, the answer was that with Dell/EMC and VMware that this is an ongoing quest and to watch out for future developments.

For the doers, the next question was about the HTMLv5 Client and the answer was that in the very near future a fully functional HTML5 client will be available.

The next question was about Pivotal container services, the answer being that the goal is to have a truly containerised app, that will run anywhere and on any cloud and to allow these apps to be created and maintained in an agile manner.

Pat described the pendulum effect of centralised and decentralised IT, and they are now seeing a distributed cloud with IoT, we now have edge devices such as traffic signals collecting data and needing to be secure, with devices collecting data and then reporting back to a virtual representation of that device, for troubleshooting and improving the device, one of the booths was showing how GE are collecting data from jet engines.

With Dell/EMC/VMware now under one umbrella, the advent of VXRail allows a single box to run all the services, with VMware Cloud Foundation a private/public cloud can be built quickly.

This section was really a sales pitch, even as a VMware VCI and VCPx4, I didn’t realize that VMware now have over 200 apps.

The video showed something I’m used to, someone comes along and says “would you do x?” I say yep, they then say “Great we need it next week and really you should have been working on it months ago”

The point is VMware via VMware Clound Foundation and VMware Cloud services it allows for a truly Agile environment.

What I’ve learned so far is that VMware are no longer just an Infrastructure company, they are fast becoming a cloud company, an Enterprise mobility company, with Dell/EMC a hyper-converged company.

The future is hybrid, not all cloud, just look at cars. 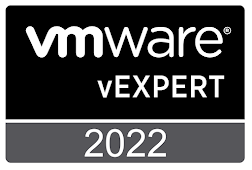